Dubbed by New York Times best-selling author and leadership guru Tasha Eurich as the meta-skill of the 21st century, self-awareness is as desirable as it is elusive, given that a staggering 95 per cent of people think they possess self-awareness, but only about 15 per cent of people really do. Self-aware people are more fulfilled, more creative, successful, more confident, build better relationships, and are more respected and effective leaders with more profitable companies. There’s just one problem: most people don’t see themselves quite as clearly as they could, and it’s rare to get candid, objective feedback from colleagues, employees, and even friends and family. 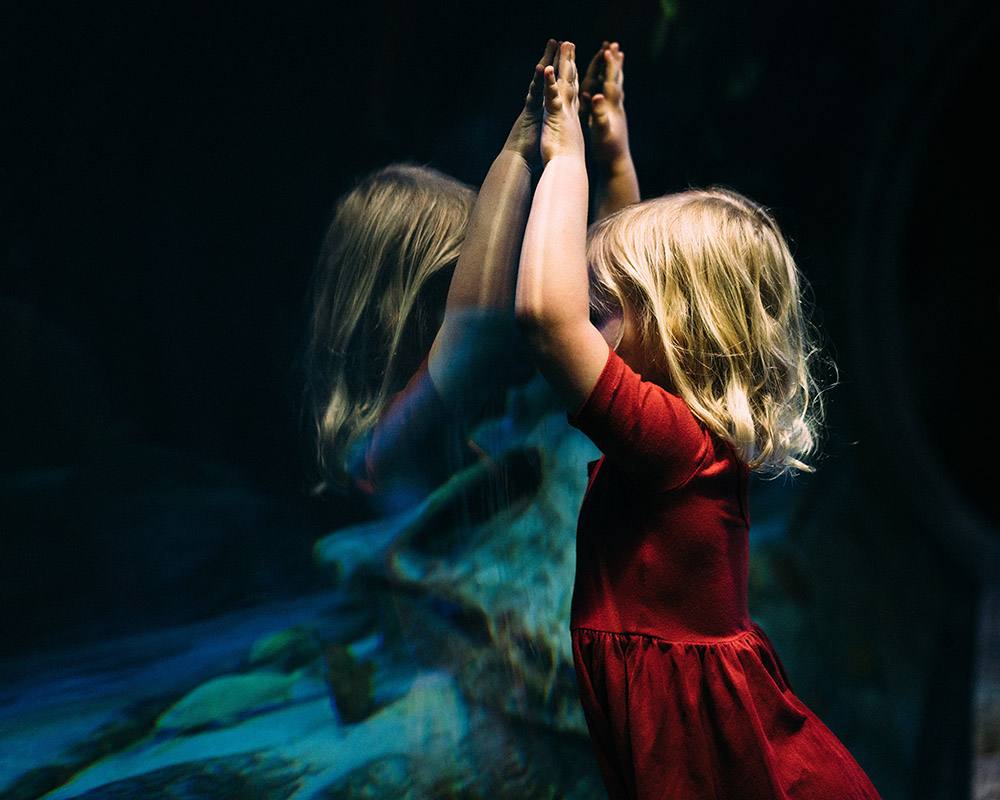 In her new book, Insight, organizational psychologist Eurich tackles this paradox and offers an explanation for this disconnect. “The reason I call it the meta-skill is that it’s underlying or foundational to all of the skills that are required to succeed in the 21st century – things like emotional intelligence, influence, persuasion, sales. If you are not self-aware, if you do not understand who you are, how others see you and the role you play in the world, you are going to come up short. But for most people, it is easier to choose self-delusion over the cold hard truth.”

Eurich argues that the increasingly “me-focused” society makes it easier to fall into this trap. “Recent generations have grown up in a world obsessed with self-esteem, constantly being reminded of their special qualities, and it is fiendishly difficult to examine objectively who we are and how we’re seen.”

Indeed, psychological research indicates that are we are not very good at evaluating ourselves accurately, frequently overestimating our abilities: for example, the Dunning-Kruger effect results in “illusory superiority” – a condition of cognitive bias whereby a person overestimates their own qualities and abilities, in relation to the same qualities and abilities of others. What’s even more alarming is that those with the least ability are most likely to overrate their ability to the greatest extent. 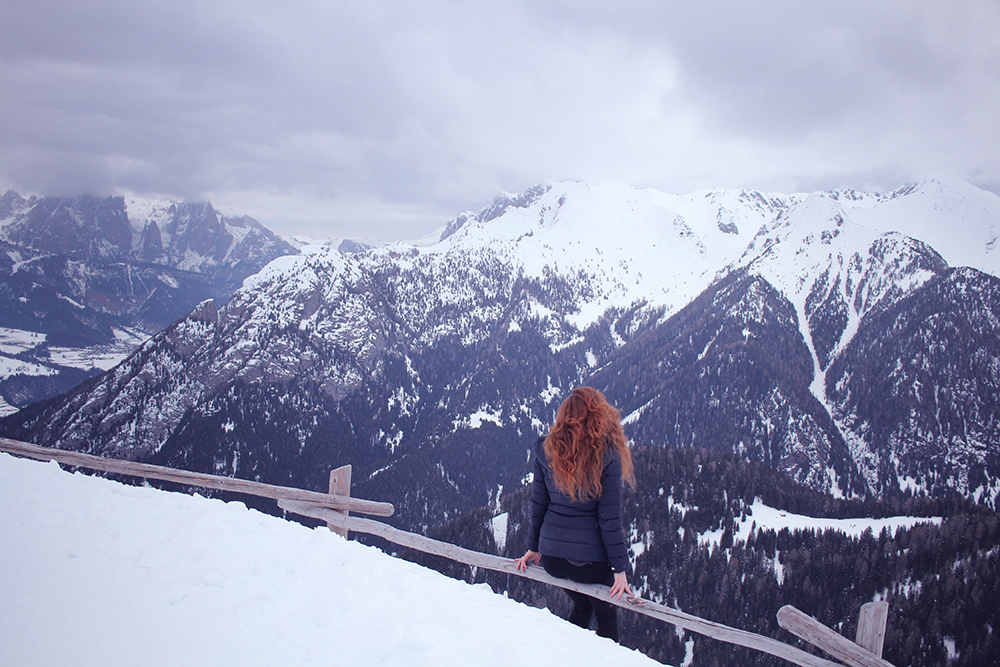 For Anne Welsh, Executive Coach and founder of Synthesis-in-the-City, the first step for a leader is to have a willingness to be self-reflective and, from being self-reflective, to build greater self-awareness over time. “If we think about the old style of leadership, it was very different from now where leaders are asked to be a lot more relational. Personally, I think that it takes courage to build self-awareness, because if you become more self-aware in one area, if you like, you have to actually open to your shadow as well as the positive aspects of self-awareness. So, I think self-awareness is a leadership journey and it demands courage.”

For Welsh, this journey needs to be a conscious choice. “In some ways, this learning could come from feedback from others, from 360-degree feedback from subordinates, colleagues and supervisors, but also I think you can begin to choose to take ownership, even keeping a reflective journal, to begin to recognize what works well in my relationships with others and especially as a leader. Where do I, maybe, get caught where my own beliefs and mindsets are stopping me actually being able to be relational as a leader?”

Watch Tasha Eurich in the video below to learn how to become more self-aware by making three life adjustments: deciding to learn the truth, getting more feedback, and asking what you can do to make a change in every situation.

In her book Insight, Eurich talks about two types of self-awareness: internal and external. “Internal self-awareness has to do with seeing yourself clearly. It’s an inward understanding of your values, passions, aspirations, ideal environment, patterns, reactions, and impact on others. People who are high in internal self-awareness tend to make choices that are consistent with who they really are, allowing them to lead happier and more satisfying lives. Those without it act in ways that are incompatible with their true success and happiness, like staying in an unfulfilling job or relationship because they don’t know what they want.”

External self-awareness according to Insight is about “understanding yourself from the outside in – that is, knowing how other people see you. Because externally self-aware people can accurately see themselves from others’ perspectives, they are able to build stronger and more trusting relationships. Those low in external self-awareness, on the other hand, are so disconnected with how they come across that they’re often blindsided by feedback from others.”

Eurich names “three building blocks” that must be in place for a leader to drive a self-aware team.

“First, if the team doesn’t have a leader who models the way, the process will be seen as insincere or even dangerous. Second, if there isn’t the psychological safety to tell the truth, the chance of candid feedback is almost zero. But even with all this in place, you need an ongoing process— not unlike Ford CEO Mulally’s BPR (Business Plan Review) to ensure that the exchange of feedback is built into the team’s culture.”

For Welsh, it comes down to reviewing your emotional state and having the awareness and capacity to shift that state when needed. “Internally, consider what sort of state am I in: am I in a state that’s available and do I have the capacity to shift my state? And this is where mindfulness can come in or knowing how do we shift our state at any given moment.

The second self-awareness is about awareness of ourselves in relation to others and that takes quite a lot of sensory awareness as well. So, if we think that leaders maybe have to come from a place of ‘head, heart and gut’ (in the old leadership style, it’s much more head-identified) a leader can have greater sensory awareness and the guts to risk finding out ‘how am I coming across to others?’ So I think there’s a piece about awareness involving how we, as a self, are relating to others and how we’re impacting on the environment.”

Welsh advocates that leaders need to be conscious of their impact and how their message affects employees.” I think it’s picking up on body language, even if you think about a leader giving a presentation, do they talk at the people or are they gauging ‘how is this coming across to the people in the room? Are these people who need me to be more relational or do they just want slides?’ Because so often in presentations that leaders are giving, they’re just talking at the audience, they’re not checking out how this is landing, for instance asking “does this have a resonance with you?” which would be a much more relational way of interacting as a leader – so the leader actually asking questions, not just giving information.”

Welsh also advises that leaders be conscious of the dynamics at play within a team setting. “I love Nancy Kline’s work on Time To Think and if we look at self-awareness in teams, we have to be conscious of the psychological dynamics that go on within a team – noticing, what’s the role that I take on in any team; am I always the one that’s the challenger? Am I the icebreaker? Inviting teams to reflect on what are the dynamics that are going on in this team, alongside what is it that we have to do and what do we need to deliver? Because it might be that somebody gets labelled and gets scapegoated in a team and the other members of the team can feel quite comfortable because it’s not them. So, I think that in a team, helping them to think about what is the role that I maybe take on, even from [family] history – because teams are just like families: often you’ll find that the role that people took on in a family is the role that they’ll take on in a team. This can be useful, and especially it can be useful for the ones who are maybe playing a role that they actually don’t want to play anymore.”

The quality of self-awareness requires self-reflection: the act of setting aside time – ideally every day – to quietly and honestly look at yourself, first as a person and then as a leader. Yet according to Eurich’s research, people who introspected were more stressed, more depressed, less satisfied with their jobs and relationships, less in control of their lives. She is in favor of a considered approach when it comes to self-reflection. “Self-analysis can trap us in a mental hell of our own making. Thinking about ourselves is not the same as knowing ourselves.”

Why questions: “why did I behave that way”, should be changed instead to “what”. “Why-questions trap us in that rearview mirror. What-questions move us forward to our future. As human beings, we are blessed with the ability to understand who we are, what we want to contribute, and the kind of life we want to lead. Remember, our self-awareness unicorns had nothing in common except a belief in the importance of self-awareness and a daily commitment to developing it. That means we can all be unicorns. The search for self-awareness never ever stops.”

Increase your self-awareness with one simple fix: 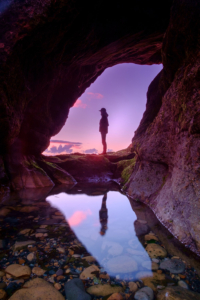 Blind spots can be the Achilles heel of leadership. Even the most iconic leaders have blind spots and, the more senior the leader, the less likelihood of receiving honest and accurate feedback from employees. Blind spots can help you maintain your confidence in the face of significant obstacles but, when they inhibit you from seeing the truth or make you blind to important issues, they need to be addressed. It’s not always easy to figure out what your own blind spots are and admitting them can seem like admitting weakness. Surround yourself with people who can help you manage your blind spots or weaknesses. If you don’t have strong analytical skills, recruit someone who can help you. If you tend to get defensive when your views are challenged, find a colleague or mentor who can help you deal with those feelings and process the information presented to you. By bolstering your team with people who help you overcome your blind spots, you’ll be better positioned to compensate for them.

This MAPS podcast explores the value and challenges of publication plain-language (PLS) summaries in the pharmaceutical industry.

MAPS explores Health Economics and Outcomes Research (HEOR): Why a Medical Affairs organization needs an HEOR function and how to build this capability.

The Rise and Rise of Medical

How to Reframe Strategy and Compete on Outcomes
Scroll to top