“The way to understand it is that a dinosaur in a fur coat is not a mammal.”

Competing on outcomes means designing entirely new systems of health engagement that link and satisfy three perspectives simultaneously: the payer plus the provider plus the consumer (patients and caregivers).

Organizations seeking to create “value” in the new outcomes-based healthcare world require a profound change of mindset. They need to incorporate “big design” thinking to help transform the way they engage with a $7 trillion healthcare market undergoing structural change. This has less to do with the promise of digital and emerging technologies, as it does with understanding that digital – while transformative – is a means to an end, not the end. In healthcare, it’s value innovation first, technology innovation second.

That’s the view of John Singer, Global Head of Health Industry Strategy, Innovation and Technology at Wipro, whose remit is to help clients reframe their market and business strategies to succeed in the new environment.

Navigating this transition space takes a new frame of reference that dissolves boundaries and spans the entire organization – not just a digital bolt-on to the current state – and requires solving for fragmentation and continuous health engagement, at scale. It has many facets encompassing co-creating new models of care with customers, care delivery innovation that weaves in the social determinants of health, as well as technology and digital. “We’re working with one pharma around strategic transformation of their business, helping them understand how you compete on value, not the technical merits of a me-too drug. These are much deeper sorts of conversations than just, say, applying new technology to old business models. One way to understand it is that a dinosaur in a fur coat is not a mammal.”

A significant issue is that product classes with fundamentally new performance profiles – and costs – (such as we see in precision medicine) can’t be dropped into an existing business model and expected to work. The business model – how value is created, captured, and delivered – needs to be reinvented to support the new proposition [1].

“The space of opportunity is for industry to be the catalyst, to lead strategically and be the drivers of change. For instance, if you take a look at what the NHS is asking of pharma, it is to come to the institution with new ideas and ways to co-create new models of care and sustainable systems designed around patient needs.”

As an example of this new approach, Singer points to the recent deal between the NHS and Merck Germany involving the company’s Mavenclad MS drug. (See sidebar 1: NHS outcomes-based pricing deals)

“Merck was trying to get Mavenclad on formulary, but NICE was pushing back, saying they already had enough MS drugs. So Merck went back and reframed their value strategy, essentially positioning themselves as an information service. They asked what if we were to collaborate with you and build out an entirely new infrastructure to capture and analyze real-world evidence across the disease state – not necessarily specific to Merck’s drug, but going ‘above brand’ and co-creating an entirely new capability to enable new insights and better outcomes in multiple sclerosis. Because of that, NHS said okay, and Mavenclad made it on formulary. It’s a great example of value innovation first, technology innovation second.” 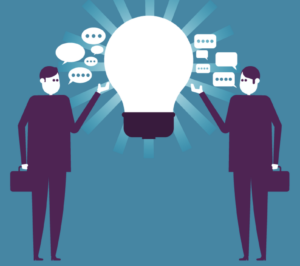 NHS England’s motivation was that drug costs were rising faster than general costs and there was a perception that it didn’t always get the best value. An agreement with Merck Germany ensured the availability of its multiple sclerosis drug Mavenclad (cladribine) as part of an outcomes-based pricing agreement. The drug is expensive, with a list price of £2,047.24 per 10mg tablet (albeit that this will be discounted). However, the outcomes-based agreement will mean the NHS will only have to pay for medicines for those patients who respond to the drug.

Going forward, the NHS is looking to pursue more creative and flexible arrangements with pharma. Stephens was quoted as saying: “I think it is a precedent-setting deal, in as much as it includes shared risk in what we hope are going to be very strong outcomes. That is the kind of process we would like to see more of.”

“Those are the kinds of strategic transformations and collaborative innovation models that we see as a new feature to the operating environment, and which are reflective of what pharma customers are looking for – it’s almost more B2B. And then, obviously, the technology stack that goes into that story, including the digital component (both existing as well as emerging) as well as what you can invent, all comes into play in terms of building out that roadmap and that new value proposition.

“But the bigger story is all about leadership: how should the pharma industry step outside of itself and understand how they can co-create a new value strategy in a way the competitors can’t. The story’s going to be less drug-based or less brand-based, versus how can they explore above-brand strategies, collaborating and designing entirely new systems of population health engagement, weaving in the social determinants of health and then managing that system over an extended period of time in terms of generating the evidence, removing the administrative burden.

“We’re working with a pharma company to basically design an entirely new system of health in the State of Missouri, as well as in Korea. And these are very large initiatives – it’s first looking at designing an entirely new infrastructure and then managing that infrastructure in a way that’s going to drive business value. And by infrastructure, I mean how do you connect the payer data, the electronic health record data, and the provider data in a way in which you have those things flowing freely between the pieces – and how do you add value onto that and then how you monetize that?”

Summarizing this approach, Singer says: “I would say, in general, what we’re seeing globally across all of those sectors is a shift from product-based business models to how they can reposition themselves strategically and almost become like an information service in some cases.” Integral to this is for pharma to understand the barriers to full digital adoption and stepping away from the narrow view that the business is simply about how to research, manufacture and sell drugs.

“That’s not the same thing as an outcomes-based model where the drug is a component. And then how do you understand service and experience? And how do you navigate that transition space where the conversation, the dialogue and the business opportunity are becoming much bigger than that, and you’re actually involved in shaping new models of care delivery, which is what the Merck example was. To illustrate this, Singer offers the example of a Netflix-style subscription model for the reimbursement of hepatitis C drugs in the State of Louisiana, developed in conjunction with Gilead, Merck and AbbVie (See sidebar 2: Louisiana subscription-based payment model). 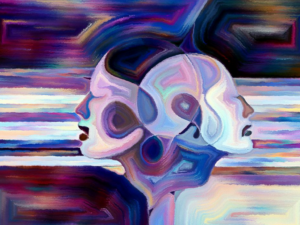 Louisiana has rolled out a potential solution to help it afford the high cost of hepatitis C drugs. This “subscription-based payment model” sees it partnering with pharmacos to pay a fixed annual cost for unlimited access to drugs to treat Medicaid recipients and prisoners. In a request for comments on the proposal, the state notes that the patients are underserved by current payment systems, and that the model could benefit the state and drug-makers alike. Louisiana Department of Health Secretary Rebekah Gee said in a statement that such a model “would create an incentive for us to find and treat as many people as possible.” Gee noted the proposal “would guarantee a fixed purchase price for a contracted period of time, and would allow the drug manufacturer to expand their product reach into populations that otherwise would not have received treatment.”

He adds: “Again, this touches on the thing that you’re looking for in terms of digital health because you can’t create a Netflix-like subscription model unless you’re really having a digital conversation, a technology conversation, an AI, automation, and data conversation. But all of that has to happen simultaneously and interactively with the business and market conversation.”

So what needs to be done to make this happen? Singer reemphasizes the importance of being able to ‘paint both sides of the fence’ at the same time. This is about thinking new thoughts to create new ideas. “It’s a mind-set shift; it’s a cultural shift. A good example of those two things is that Merck US just hired a new chief digital officer from Nike to bring something like a digital sixth sense to the organization.”

Reinventing the role of Medical Affairs

Turning to the specific role of Medical Affairs in this new paradigm, Singer views this as an opportunity to position Medical Affairs not simply as technical product advisers around one drug, but as a source of value to demonstrate to physicians, payers, patient groups and key opinion leaders how to improve outcomes. As the demand for real-world evidence grows, so too will the demand for new scientific understanding of disease.

He sees a transformation from Medical Affairs into “medical value teams”, able to communicate scientific evidence with insight and impact on care delivery, while building long-term relationships with a variety of stakeholders. “You’re almost changing the concept of science so that you’re really evaluating information and ‘specialized cognition’ as an asset to the business, and having conversations and content and new evidence around that.” In the new conversation (which is going to be less about branding a promotion in detail and more around the science or new models of care) this will likely be led by Medical Affairs and the MSLs globally.

In conclusion, Singer argues that “value” in healthcare remains largely unmeasured and misunderstood – and this is an opportunity: whoever does the better job at designing value systemically will be the winners strategically. He stresses the importance of rethinking market strategy and segmentation based around health economics and outcomes modelling. “The faster you can build up that outcomes story and that new economic argument, the more successful you’re going to be selling that in.” 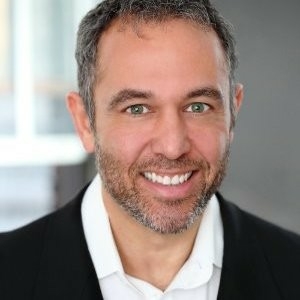 John Singer is Global Head of Health Industry Strategy, Innovation and Technology at Wipro. He brings more than 25 years’ experience in marketing and strategic innovation across all dimensions of the global health sector, including medical device, pharmaceutical, biotechnology, payer and provider clients. He specializes in reconfiguring markets and helping clients navigate the transition space to compete on outcomes.

Singer argues that Medical Affairs is perfectly positioned to drive value-based outcomes, transitioning pharma into new business models and away from an industrial-era view of “market” bounded within the context of discovering, pricing, manufacturing and promoting the technical merits of a physical product (i.e., drug brand), to a model based on embedding “drug” within entirely new systems of health engagement. He is also a guest lecturer on health system innovation and pharmaceutical market strategy at leading organizations and business schools, including Cambridge University, ESCP Europe, the RAND Corporation and McGill University.

Survey benchmarks External Education trends and needs to inform structure, capabilities, strengths and gaps that can be leveraged for planning in your organization.

Last month, Medical Affairs and clinical experts from six organizations came together to help make clinical trials more accessible to and better understood by people facing vitiligo. You can do this in your therapeutic area.

This podcast explores a career path leading to Medical Affairs while covering the benefits and challenges involved in discovering your place within the function.

MAPS Insights Focus Area Working Group (FAWG) members define some of the terms associated with the collection and use of insights as a way to start standardizing the lexicon of the function. 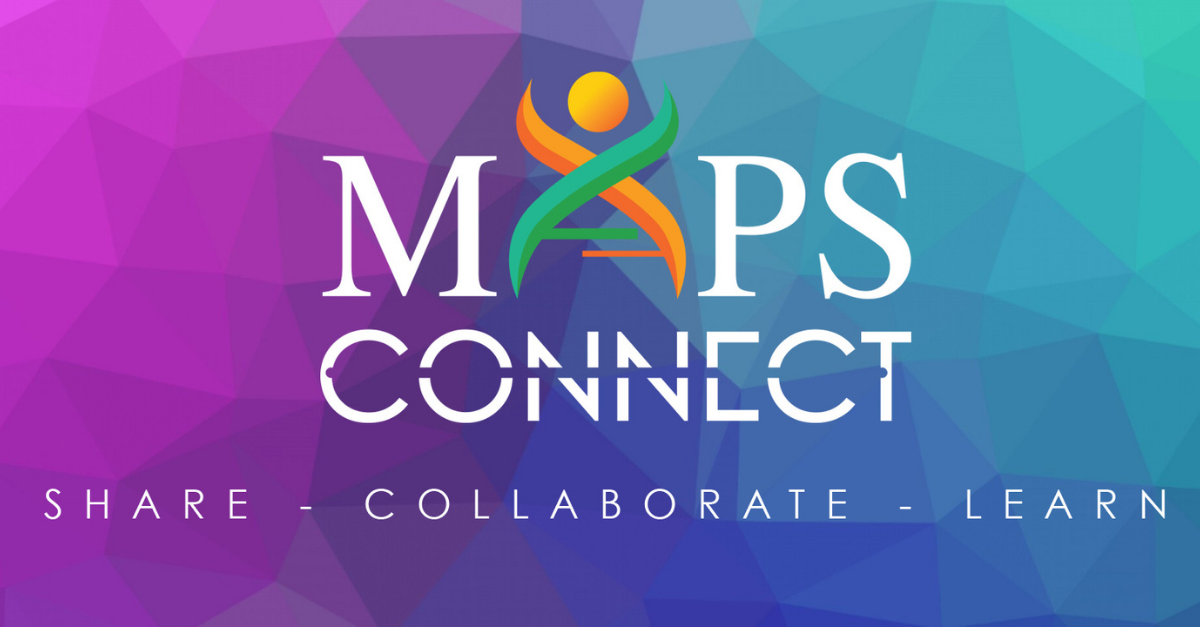