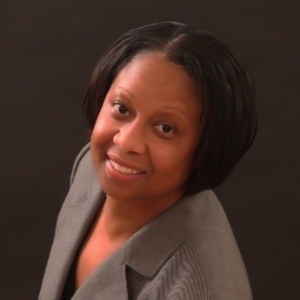 Real-World Evidence (RWE) is transforming the landscape of data that influences clinical decision-making and even regulatory approvals. Here, MAPS speaks with Cerise James, member of the MAPS Evidence Generation Focus Area Working Group about applications of Real World Evidence including FDA criteria for accepting RWE, types of data, RWE study designs and the Totality of Evidence approach. To learn more about the emerging uses of Real World Evidence, plan to attend Cerise’s session at the MAPS 2022 Global Annual Meeting, March 20-23 in New Orleans, titled “Real World Evidence Applications and How it can Change Medicine and Biopharma.”

Welcome to this episode of the Medical Affairs Professional Society podcast series: “Elevate”. I’m your host, Garth Sundem, Communications Director at MAPS. And today we’re speaking with Cerise James, member of the MAPS Evidence Generation Focus Area Working Group about applications of real-world evidence, which she’ll be presenting in more depth at the MAPS 2022 Global Annual Meeting, March 20-23rd, in New Orleans. So first of all, Cerise, thank you for joining us today, I always enjoy seeing your name on our webinars and our papers. And thank you very much for your hard work on the Evidence Generation Focus Area Working Group. And I was wondering if you could get us started today by talking about how you use RWE, in your position?

Yes, and thank you so much, Garth, for this opportunity to speak with you. So excited to share some of my experiences with RWE for the audience is real world evidence. And in my current role, in particular, in Medical Affairs, we use this evidence generation to help, for example, decision makers, population health decision makers to make the best decision, whether it’s for access for payers, or if it’s access for providers to make a more informed decision, or treatment algorithms for their patients, for example, and it also provides a context for the patient to also become more informed about some of the clinical decisions that are taking place to help them become better partners in their health management status.

Well, that’s interesting. So, you know, in previous episodes, we’ve talked with folks about RWE to kind of plug those knowledge gaps in treatment paradigms, you know, you have your registration trial, it’s a very defined patient population. And you need RWE to tell us how these things are gonna work in real-world populations and real-world settings. But what I haven’t heard a lot about is how RWE is used with payers and policymakers. So how, and I don’t think that used to be the case as much, what is the state of RWE with policy these days?

So, from the perspective of policies, and this is a very good question to bring up, because you’re right, previously, it was not just, it was not focused, as far as the attention that RWE had as far as importance to making clinical decisions, or making access decisions. So, when you look at it, from a policy standpoint, you’re helping, for example, state legislators become more aware of what they are voting for, so have like a, for example, you have different agencies or advocacy groups that are empowered or informed about the evidence that exists that are then empowered to take that to their, from a grassroots perspective, to their local legislators to help inform them so that when they’re making decisions, you know, that are going to impact the wealth of their state, they’re making more informed decisions.

Well, and that’s so interesting that you bring up working with advocacy groups who then go to the policymakers, you know, I think of Medical Affairs communicating through direct channels to people like HCPs, you know, or key opinion leaders. And so, how does that, how does that work? Does an advocacy group request evidence from a Medical Affairs team that they can then use to converse with policymakers?

So, I’m sharing that as a different perspective because, for example, there’s an organization called AMCP. American College of Pharmacy, right? And they are very, they are, they have a very strong legislative body to advocate for the best therapies for patients. And it’s a collection of different payer organizations that come together to learn about what are some of the new therapies, for example, so they tend to have, for example certain initiatives that they support and those are, I would say, opportunities for these grassroots groups, for example, to learn more about what the issues are, and then go to their local legislative bodies to inform them. So that’s a separate situation, I would like to pivot back to, in Medical Affairs specifically for what I do. I interface with the payer, so I’m at the regional and national level. But at those levels, you still have a cross functional type of team that you’re presenting clinical data to. But within that clinical data, you’re also highlighting economic value of, you know, material that has come out of a budget impact model, for example, or cost effectiveness. But you also want to hone in on the key points of is this to clinical value based upon studies. Okay, so we’ve now moved from a control, meaning the randomized control trials where we can’t generalize those results, right, because we have a very specific population that we’re working with, we are now able to utilize real-world evidence for what we’re saying to now that the product is in the market, we are now able to demonstrate to you it’s clinical and its economic value. So, what we’re trying to do is move from just relying on the clinical trial data. You know, we need that for safety and efficacy. But we also want to start planning ahead of time that in those trials, that we’re also factoring in real world evidence, question.

Oh, so it’s not two approaches running independently in parallel with trials over here and RWE over here. It’s using RWE questions within a clinical trial framework sometimes?

Not yet, not yet. That’s gonna be one of the actions coming, you know, there’s a call to action for Medical Affairs professionals, where that will start to take place. In other words, we’re getting them to think, become more vigilant about where they can utilize real-world evidence.

Yeah, yeah. Well, that’s interesting that it’s not just sort of just the mechanics and the acceptance of RWE, but it’s the visioning within Medical Affairs and within the organization to see the potential uses of RWE and where it could provide value.

Exactly. And there’s a lot of value and within Medical Affairs, there, you know, we are the, the medical experts in that particular therapeutic area. And so, it’s in those types of scenarios that you have other types of, for example, population health decision makers, so your payers, your providers, and your member groups patients, etc., where from the perspective of the payer, they’re now able to making more informed decisions as to formerly access. And any downstream services that may be needed in order to support adding these particular products to your existing offers.

So, it is informing HCPs with real-world evidence, but it’s not only HCPs. And, you know, I saw in your session in New Orleans, you’re going to be covering sort of the effects on RWE of the 21st Century Cures Act, and overviewing the post cures era and even RWE in the COVID-19 era, why you’d be wanting to fill out that picture in the pre-launch period.

Exactly. And then, again, it helps to start that conversation about what’s coming. And it also helps the in, I will say the internal organization learn about some of the additional questions or queries that may come from those, from the payer audience as to what maybe part of the concerns as to what may limit access or what else will be needed in order to gain access to…

Okay, cool. Well, our audience might be familiar with this term, but I don’t think I know what it means. And so, I wanted to ask, What do you mean by the totality of evidence approach?

So, the totality of evidence approach is not just looking at the, I would think the control trials. So, as I alluded to before, you know, you’re looking at it from this is a very structured process of recruitment, the population that’s being evaluated, etc. The results, you know, we’re looking at safety and efficacy, but the overall results cannot be generalized to the population, right? So when you look at that, you compare the safety and efficacy saying yes, this is safe in the population, it’s going to do what it says it’s going to do as far as the product, you also want to see what is the overall impact in the market to a wider audience. Because now you’re able to make better decisions as to is it generalizable because it’s open to everyone. So, now you’re seeing what is the impact of the product on a certain population, right? We know it works, but maybe there’s some additional habits in the response to therapy? Maybe because there’s an, there’s a genetic predisposition, for example.

Right, so you’re, you’re not just looking at the trial. You’re, you’re combining all the different relevant parts in order to make the best-informed decisions.

Well, I look forward to hearing more about this in New Orleans, and I hope that everyone will join us. So, to learn more about the promise and evolving use of real-world evidence, join Cerise at the MAPS 2022 Global Annual Meeting taking place in New Orleans March 20-23rd. MAPS members, don’t forget to subscribe, and we hope you enjoyed this episode of the Medical Affairs Professional Society podcast series: “Elevate”.

Measuring Impact on Medical Imperatives with Share of Scientific Voice

Leadership Perspectives – Preparing the Next Generation of Chief Medical... Scroll to top