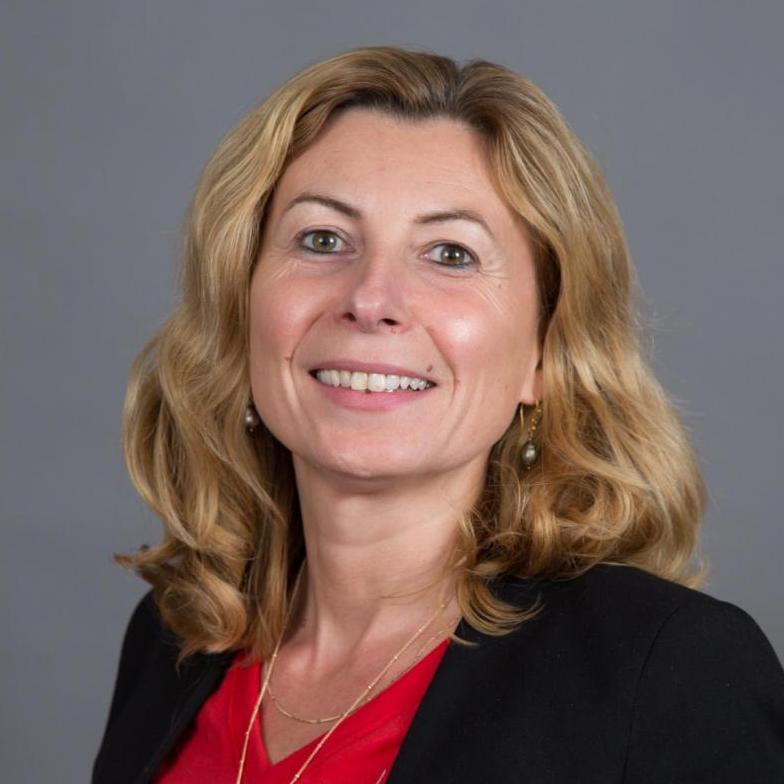 Hi, everyone. I’m Garth Sundem, Communications Director at MAPS and we are recording at the MAPS 2022 Global Annual Meeting in New Orleans with Marija Geertsen, VP of Medical Affairs at Lundbeck US. So, Marija, we had a meeting a couple of days ago with some of the leadership here talking about what is our vision for the future of Medical Affairs in 2030. One of the things that really emerged from that is the discussion of patient engagement and Medical Affairs role or the use the word ownership was brought up. So what what do you mean what do we mean by the term patient engagement.

Mm hmm. So that’s a great question. Garth, thanks. Thank you for that. And you know, I found myself thinking about that question, actually, beyond that meeting we had and throughout the discussions and panel sessions here at the meeting. And I realized, you know, I came a long way throughout a couple of days of the meeting, realizing that maybe we were shy in the past and we were shy at that initial meeting saying we shouldn’t own that. You know, there are so many other functions. There are public affairs. There are commercial colleagues, clinical colleagues and so on. But thinking about that more thoroughly, I thought, wait a minute, we are not a support only. We are the function that owns the scientific story. And we are the storyteller, not only to physician, but to other stakeholders. And patient is one of the stakeholders. So who better to tell the scientific story, of course, applied in a patient language to patients, because patients don’t want to know, you know, what’s the proper message behind a therapeutic office. And they want to know really what is their disease about, how does that affect their life? How can they take control of that? How can they be informed decision making partner to their health provider? You know, they want to know what’s the ultimate benefit of their medication. So and I think, you know, the Medical Affairs here with adopting and telling scientific story, but also not only telling but listening and getting patient voice on board back when we helping our colleagues to develop products or commercialized products. I think we play a crucial role there. So in listening to patients and actually telling the scientific story, I think we should own that part of patient engagement.

Well, that’s so funny because I remember at that meeting it seemed like opinion was starting to coalesce that own was too strong of a word. Right. But now you’re saying that in the last couple of days of meetings and conversations and presentations that you’re shifting, you’re thinking a little bit.

Yes. Yes. Because, you know, I think we always kind of traditionally think of ourselves as a supportive role. And if we are truly if we truly want to be and we keep on saying that strategic partners, then some of the strategic discussions we need to start owning them and some of the strategic stakeholder engagements. And I think our stakeholder engagements have evolved beyond traditional HCP healthcare provider. So if a patient is at the center of stakeholders of the health care universe, then we actually need to play a strategic role in engaging with patients and that’s that owning scientific storytelling and listening to patients.

You know, that’s also an interesting question because because I see a lot of people being hesitant. A lot of people asking questions at panels. I would say we can start small already and evolve what we are doing because, you know, at least in the US, MSLs can compliantly proactively speak about disease, which is what I was trying to say. You know, this is how does it progress? Can patients prevent it? What is the management of the disease? You can even compliantly speak about therapeutic options at the class therapeutic class level. That for me is a great starting point to start that conversations with patients and and, you know, then listening to what’s dear to their hearts so that you adjust your conversation or or the message or that you’re providing to them that you can address more what they are interested about.

No. So when maybe, you know, a little bit of nuance, I think that patient engagement is such a complex arena where where we can’t play alone as Medical Affairs, we play with other functions. So I would say we own the piece of telling scientific story and listening to patients, whereas the whole ownership is across the functions. And, you know, I’m a firm believer of cross-functional collaboration. I believe you can’t really achieve anything nowadays. And that that’s not only talking to the patients, that’s also talking to your healthcare provider or a payor or a government or a regulator. We would do this with governmental affairs, with regulatory affairs, with clinical. Some things even with commercial in a compliant way, you know, so so we need to collaborate across the functions.

As to your point, nothing will really happen. We need to own everything together and execute together. But I think that’s, you know, where the challenge is. It sounds so easy when you say it because it’s a complex environment. Themes are running fast with their individual activities. So how do you align everybody and have really that orchestrated approach towards patients or in general, you know, treatment outcomes?

Yes. That’s that’s that’s that’s what I would think. That’s what I would think, especially in you, as the case is complicated, where you have this direct to consumer line that has been traditionally owned by commercial. So because we can’t come in and say you don’t own that anymore. But, you know, even today at the session, I heard about the first Medical Affairs direct to consumer campaign, which happened during COVID because of the fact that the treatment options did not got a full approval. You know, it was emergency use approval. So and there was no it was no-man’s territory. So and where the companies felt more comfortable were Medical Affairs talking scientific again, being that scientific evidence provider where they actually did a direct to consumer Medical Affairs campaign, for the first time in history, so I think, you know, the times might be maybe changing and and the ownership becomes a fluid co-ownership

I certainly hope so. You know, you and I and we’ve seen in covered, usually pharma was like the evil you can’t do without right before COVID. But with COVID, you know, when you have a global public health care crisis and suddenly you need all brains in the game, and you need all of the stakeholders and pharma becomes part of a solution, you know, and I think with vaccines for COVID, we have definitely proved that. So And because at that time, nobody really wanted the promo info about the vaccines, right? Everybody truly wanted the evidence behind those vaccines. The governments, the regulators, and definitely also patients. Right? So and eventually healthcare providers. So I think that’s what Medical Affairs was able with this scientific, non-biased approach, which everybody wanted for potentially to put some positive spin on the role in pharma. I would you, I think that Medical Affairs helped to potentially change that image of pharma now in COVID times in a positive sense.

And people wanted that information, pre-approval, pre-publication, they wanted it right away. And Medical Affairs could actually provide that.

Exactly. Yes. Yes, correct. Because a lot of times commercial not not to even to mention sales cannot speak about things that are not approved yet, whereas medical can provide answers to relevant questions So so I think, you know, that that would work very nicely with COVID  And of course, it’s COVID. But the question is, can we bring learnings with us and actually apply this learnings moving on beyond COVID, hopefully?

Well, I feel like we moved from patient engagement to the role of Medical Affairs in society, which I think is a great place to go. And next time we have you on, we’ll have you for 2 hours to chat about it. But for now, thank you, Marija, for joining us. And thank you all for watching. We’ll let you get back to the meeting and we hope to see all of you at Future MAPS events

For more information on how you can participate in the MAPS 2022 EMEA Annual Meeting, the largest annual gathering of Medical Affairs professionals in the region, visit Paris2022.MedicalAffairs.org and Join The Movement.