The Role of Medical Affairs in Rare Disease 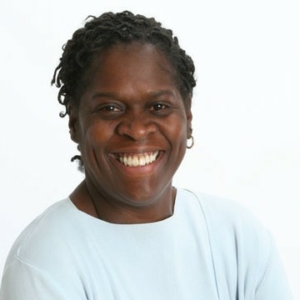 Hi, I’m Garth Sundem, Communications Director at MAPS and we are recording at the MAPS 2022 Global Annual Meeting in New Orleans. And with us is Catherine Parham, Vice President and Head of Global Medical Affairs at Astellas Gene therapies. So, Catherine was a presenter at the plenary. What is it? The Transformation of the Pharmaceutical Industry and the Role of Medical Affairs. So maybe we’ll start by showing a little bit about the transformation of the industry as a whole because, but then I want to make sure we get into gene therapies. So what about the transformation of the industry as a whole?

You know, the things that I think have impacted the most the industry and not just the Pharma industry, but a lot of other industries but surely the you know, our industry is our understanding of the genome and the human genome, which has led to gene therapy, which is what I’m doing. But the other impactful events were social media. Social media has not only expanded. And the access that people who are not in our business, not clinicians, non researchers, their access to the knowledge of medicines and therapies, but how they can talk to one another.

That’s so interesting. It seems like one side from the purely scientific technical, you know, understanding the genome. And I’m old enough to remember the beginning of social media when it was Paris Hilton talking about sushi on Twitter. And you’re saying that those are equally transformative?

Yeah. Interesting. Okay. So then gene therapy it’s been talked about for a long, long time. Where are we? Are we there? Is there a long way to go?

We have some wins.

You have some wins.

We have some wins. You know, we have on the market now to gene therapies. And they laid the groundwork of the road map of how you might get there. It’s been an uphill battle climb and we’re still well, you know, is still pushing this rock uphill, but we’re learning.

Well, so what’s the rock that needs to be pushed uphill? And you said maybe there is a path now to know how to do it. What is that path?

Well, we understand more about the disease and what causes this disease from a genetic basis. Our ability to develop drugs that not only can affect that and bring about either a positive change, curative and or halt the progression of the disease or maybe even reverse, that part we have insight into. Safety is still an issue.

Yeah. And so do you see a major challenge to Gene therapies being both the both the actual safety, but also the societal acceptance of gene therapies?

I think society is poised to accept it. When we alk about a therapy that might reverse your disease, your state or it will slow, if not stop the progression of the disease, people are very welcoming of that. People want that. But the safety, we still have to work through a lot of that.

Okay. Well, I mean, I think we could probably talk about Gene therapy for a couple hours, but let’s switch to talking about Medical Affairs and gene therapy. So how is the practice of Medical Affairs different in the rare disease or gene therapy space than it is for larger patient populations?

Let’s talk about the rare disease population, because, you know, rare disease communities, they share something in common. A disease. And not only that, but the journey that the disease takes them on from the very beginning of symptoms to hopefully getting to a place where they can get access to a therapy in some cases, like what we’re trying to do now. There are new therapies so that journey can lead to really at the end, no hope, but these patients, because they share that common thread of this journey with this disease and their families and their caregivers, they tend to come together like any community would around something very common and rather than them coming around that the burden of disease, they don’t like that word. The burden. They are coming around and forming communities around hope. Hope Cures and they talk to one another. That’s when the social media park in.

Okay. So, so that’s the patient landscape for rare disease How does Medical Affairs bring that into the organization?

We’re always on the exterior face and we always have been. It’s about data dissemination. And now we have another very important stakeholder that we have an opportunity to reach out to, not only to disseminate information about what we’re trying to develop and the hope that we’re trying to bring in the therapies, but they play a key role in bringing in Medical Affairs, being able to bring what they share of their experiences, their disease. And we take that and bring that back into the development of how we develop our drugs, what we’re developing what’s important to them clinically. And if we’re developing a therapy, what’s important for that therapy to do for them.

All of us, whatever, regardless of whatever therapy. We should be focused. But we have to be, we have to be number one, the patients are going to come to us anyway. When you’re in the rare disease phase and then the patient understand that you’re working on something that not a lot of people are working on, there’s not going to be a lot of me toos, if any, and especially if you’re at the forefront of that first therapy. They’re going to come to us.

I think we play the role we play in the access story is partnering with our commercial colleagues our market access colleagues. And we spend in rare disease actually very early. Usually, we engage in market access activities as you get closer to hopefully launch and approval and then launch. In the rare disease space, there’s a very long runway So we actually start those activities where in non-rare, you might start two to three years before ,we’re four to five. Even longer.

You also talk about medicines or treatments being especially transformative for these communities because often it’s not just incrementally shifting the standard of care, but providing a treatment for a condition that had no treatment before. Do you find this a personally fulfilling space to be in?

Personally fulfilling and challenging. You know, oftentimes at the plenary, it’s been mentioned that drug development, we all are very much still pursuing success. But unfortunately, not everything we do leads to an approval, or is successful because the safety profile just may not be there. And so, while it’s extremely rewarding, sometimes it can be very heartbreaking.

You’re working in a space with a lot of need and a lot of hope. And you said some successes.

Yeah. And do you see the percentage of shots on goal? Resulting in goals increasing in the next decade? Do you think more shots…

You know, we had a decline. You know, 20, 30 years ago, there was this thing called the Eroom. It’s the reverse of Moore’s Law. So, there was an Eroom, so if you take Moore and reverse it you get Eroom’s law. And this was what, 20 years ago or more that we were noticing the pharma business, we were investing more in our pipeline. But the return on that investment was declining. And now there was, you know, with GWAS you know, our understanding of the human genome with greater patient engagement with doing what we call you know, very creative clinical trials yet and working in the rare disease space, we’ve actually seen a breaking of Eroom law. We’re reversing.

Doing things better. I think the role of Medical Affairs, not only engaging the scientific community in which we have been doing, but more so in engaging the patient community. That is important and making sure partnering with our commercial colleagues and market access colleagues that they not only get the we can get the drugs to the market, but you’ll have access once it’s there.

Well, that I’m going to count as a hopeful future. So thank you, Catherine, for joining us. Oh, boy. We’re going to have to have another chat here for a couple of hours, but we’ll release you back to the MAPS 2022 Global Annual Meeting. And for everybody watching, we hope to see you at future MAPS events.

For more information on how you can participate in the MAPS 2022 EMEA Annual Meeting, the largest annual gathering of Medical Affairs professionals in the region, visit Paris2022.MedicalAffairs.org and Join The Movement.

An Overview of External Education Structure, Activities and Regulations in the...

How Medical Affairs Benefits Patients and Society Scroll to top