Link will be added when available

The objective of this podcast is to discuss how the 21st Century Cures Act has led to new initiatives at FDA involving Real World Evidence.  We will also examine some case studies where biopharma and medical device companies used Real World Evidence in innovative manners to obtain product regulatory approvals. 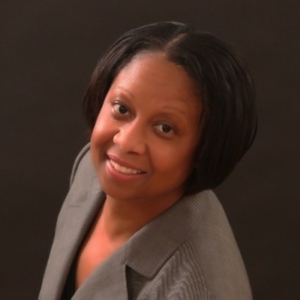 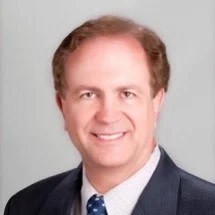 Welcome to the Medical Affairs Professional Society, Evidence Generation Focus Area Working Group. This is the third podcast in a series exploring the application of Real World Evidence and regulatory decision making. As members of the MAPS community, we encourage you to engage in conversation about evidence generation with other MAPS members via the community portal. When the MAPS website. Simply login with the email address and password associated with your map account. You click on the discussion tab, then scroll down to evidence generation to post a question or review previous posts. The views expressed in this recording are those of the individuals and do not necessarily reflect on the opinions of MAPS, or the companies with which they are affiliated. This presentation is for informational purposes only, and is not intended as legal or regulatory advice. In today’s podcast, we will discuss recent developments in Real World Evidence. Other podcasts will be added on the topic and hopefully stimulate discussion within your own company one the value of evidence generation. I am Dr. cerec. I currently serve as the working member of the math evidence generation working group. The podcast objectives are to discuss how the 21st Century Cures Act has led to new initiatives at the FDA involving Real World Evidence. We will also examine some case studies where biopharma and medical device companies use Real World Evidence in innovative manners to obtain positive regulatory approval. For today’s conversation, I’m joined by Mr. Neal Belson Attorney at Law. He was a member of MAPS and he will be sharing the subject matter expertise within that membership. Neil has his own law practice in Maryland, which focuses on the pharmaceutical and biotechnology industries. Attorney Belson currently assists biopharma companies with legal issues associated with drug development, clinical trials, gene therapy, precision medicine and Real World Evidence. You welcome to MAPS and thanks for joining me today.

Thank you, Cerise. Pleasure to be here.

You’ve mentioned in a previous podcast, the enactment of the American Cures Act in December the point at which represented a turning point in the use of Real World Evidence for regulatory purposes. Because it required the FDA to evaluate the use of Real World Evidence in the context of satisfying drug post approval study requirements and approving new indications for drugs that are already approved. Can you give me an idea of what changed following the enactment of the 21st Century Cures Act?

Can you give me some examples of the FDA regulatory initiatives which followed the Cures Act?

Neil, can you provide some additional details about the FDA 2018 framework for Real World Evidence that you just mentioned?

Sure. FDA is framework focused on three factors when evaluating Real World Evidence. First, whether the underlying real world data is, quote, fit for use in quotes. That is, evidence should be capable of answering a research question, even if the evidence was originally generated for a purpose other than research. Second, whether the study design used to generate Real World Evidence provides adequate scientific evidence to help answer the regulatory question at issue. Third, whether the study conduct meets FDA requirements, such as for study monitoring data collection, FDA also commented that transparency about study design and analysis prior to executing the study is critical when using Real World Evidence, especially when dealing with retrospective analyses of data, is currently no comparable Real World Evidence analogue to clinical trials.gov which requires public registration of many randomized clinical trials. FDA expressed concern that without appropriate transparency, and applicant may be able to conduct retrospective analyses using an electronic data sets multiple times varying the setting design parameters, until the desired result is obtained, and then submit only the favorable result, as if it were set resulted from a single study with a pre specified protocol.

Regarding transparency meal, do you have suggestions for addressing the FDA concerns about transparency?

Well, to what extent have the documents helped to clarify that the FDA is looking for with regard to Real World Evidence and regulatory submissions?

Cerise, that’s not an easy question. FDA is guidances have received criticism that they were overly general and lacks specific information to applicants as to what would or would not satisfy FDA in a regulatory submission. I do think there is some validity to these criticisms. My own personal view is that FDA has been cautious. The agency has acknowledged that they’re trying to find their way through Real World Evidence along with everyone else. Any specific guidance that they might attempt to provide at this stage would probably prove inaccurate down the road. So rather than steer people in the wrong direction, the agency seems to be relying on real life experiences of applicants, using or proposing to use Real World Evidence to fill in the missing pieces. It’s a prudent approach that to some extent, involves learning by doing.

happy to give you one example of Real World Evidence being used to support a regulatory approval for a medical device And one indication for a drug. In 2017, FDA relied on Real World Evidence to approve a new procedure for the sabian. Three, a device produced by Edwards lifesciences. FDA had initially approved the device in 2011. As a trans catheter, they are aortic valve replacement, a novel approach that provided a minimally invasive alternative to open hearts ship surgery for clinically appropriate patients. The company had established a registry following its initial approval, the monitor uses other products, which eventually resulted in a database, including records for over 100,000 tvr procedures. 600 of these records were for an off label valve in valve procedure that had been developed. FDA relied on this registry data, including the Val function, improvement of patient symptoms and safety of the procedure to approve this new procedure. This valve and valve procedure was shown to improve outcomes as it allowed a new valve to be placed inside a diseased valve. This example shows how real world data obtained from a project’s product registry directly led to approval of an expanded indication for the tvr. Enabling device. Interestingly, FDA commented that even though the US had only been the 42nd country to approve the original ta VR device in 2011. The agency’s use of creative regulatory procedures permitted FDA to become the first country to approve the new procedure, and example of Real World Evidence being used to support FDA approval of a new drug indication involved the 2019 approval of AI brands manufactured by fiber or as a treatment for metastatic breast cancer in males. FDA had previously approved AI brands for metastatic breast cancer and females, breast cancer in males represented only about 1% of breast cancer cases. And prior to Iran’s there were no approved treatments for breast cancer and now EPH eye burns had though been used off label to treat males with breast cancer. FDA is approval relied in part on data from two large randomized clinical trials and women and supported by clinical pharmacology, and non clinical COC toxicology studies. Significantly though, FDA also utilize real world data from post marketing reports insurance claims data in electronic health records, including the IQ via insurance database and flat iron health risk cancer database and flat visors global safety database. This real world data showed comparable safety profiles in males treated with Iran, compared with females treated with vibrance. FDA extrapolated from the safety data to conclude that efficacy of vibrance for males would also be comparable with that for females, and approved AI brands for males. FDA noted in this approval letter that given the extensive established efficacy and safety of I rent in women that had been observed in randomized controlled trials, the additional Real World Evidence data provided in the application for use of AI grants and men, modest as it is supported by the expansion of vibrance to provide for the treatment of men with metastatic breast cancer.

Neil, thank you for those examples. Can you give us a closing thought as to what you would advise a company that is contemplating using Real World Evidence any regulatory submission?

Certainly. Contact the FDA early in the process. FDA wants to hear from sponsors. As I noted, they’re still attempting to develop regulatory standards for Real World Evidence and are looking for applicants to provide real life examples are Real World Evidence being used in practice. Equally important, they want you to educate them on your product so that they are not seeing it for the first time when you file regulatory submissions. Speaking with FDA early will also let you know if the agency has concerns about your proposed study approach, potentially including the data you will collect and use and they can help you correct it before you spend time and resources on unproductively rather than telling you that you did something wrong, FDA would much prefer to help you do it right now.

Thank you. We appreciate you sharing this insightful information with the MAPS membership. It was my pleasure. So the objectives for this podcast were to discuss how the 21st Century Cures Act that led to new initiatives at the FDA involved in Real World Evidence. We also examined case studies were biopharma and medical device companies use Real World Evidence in innovative manners to obtain product regulatory approval. The Medical Affairs Professional Society, recently posted an Elevate article on Real World Evidence co-authored by Mr. Belson and Robert Honigberg, MD, of MS&T Consulting, LLC. Mr. Belson and Dr. Honigberg are also preparing a white paper for MAPS, which will discuss Real World Evidence in greater detail. This has been the third podcast and a series exploring the application of Real World Evidence and regulatory decisions. If you’re a MAPS member, thank you for your support of MAPS. If you are not yet in that number, and would like access to additional resources in this area, please visit the MAPS website to explore joining today at MedicalAffairs.org forward slash membership, forward slash. This concludes the podcast. 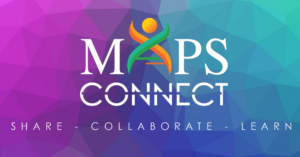 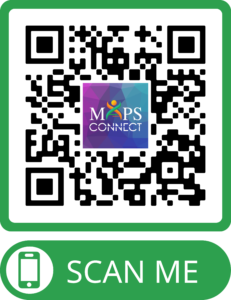