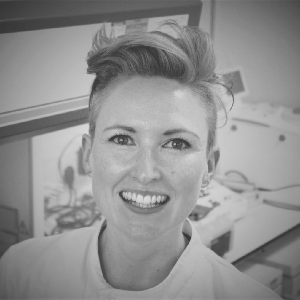 In this Opening Doors episode of the Medical Affairs Professional Society podcast series, Elevate, we speak with Áine Prendergast, Medical Science Liaison in Oncology with Ipsen. Hear about Áine’s path into the profession and learn important advice that can help you find a first MSL position.

Welcome to this opening doors episode of the Medical Affairs Professional Society podcast series, Elevate. Opening Doors episodes tell the stories of people’s paths into and through Medical Affairs, offering a roadmap for aspiring Medical Affairs professionals, along with early career advice. Today, we’re speaking with Áine Prendergast, medical science liaison in oncology with Ipsen. So Áine, it is great to have you with us today.

Thank you, Garth. And thank you too much for inviting me for it to come along today. It’s great to be here.

Well, thank you. And so tell us how did you get into Medical Affairs?

Very slowly, is the is the answer to that. If I could tell you my why. First, I think that that that makes a lot more sense with my journey. Like me, like most people in Medical Affairs, I literally I got into Medical Affairs because I wanted the work that I do to have more impact on the patient at the end of the day. And I know that that’s, that’s the reason that a lot of people get into Medical Affairs along with the pure love of data. But my journey into Medical Affairs, I have a I’m a biochemist, by training, PhD in biochemistry, which was looking at the DNA damage response activation in bone marrow cells in patients who would have been treated with chemotherapeutics leukemia patients. Except expanded this research after that into a did postdoctoral research in the DKF said in Heidelberg, Germany, infection, inflammation, then chemotherapeutics. And then finally move more translational research space, which is I was always trying to move my work more and more closer to really have an impact on patients. And that was in a small biotech where I was leading translational research and clinical biology to support clinical trials for patients that were undergoing cell therapy. And that was where I first really started to become aware of Medical Affairs and the role of Medical Affairs. And the work that and the power, the Medical Affairs really has actually,

it really wasn’t actually felt very natural. And very, because it was, it was always my goal to become more to really have more translate to have more translation really to be able to translate your fundamental research into something like that. So for me, it made total sense. And I loved the opportunity, because it was a small biotech, I loved the opportunity to work with so many different people with so many different backgrounds, like I was working with our clinical team, as well as being in the development team, working a lot more with the clinical trials and contributing to the exploratory arms of the clinical trial and protocol development, things like that. And all of that made a lot of sense to me, because when you’re doing fundamental research you really wanted to have, the reason you’re doing it is because you want to know the answer. You want to know why we want your work to have an impact.

Okay, so from bench research in leukemia, to small biotech, where it sounds like you got to experience many different perspectives moving towards clinical trials towards patients. Where did you go from there?

So then I went into Medical Affairs, my first position as an MSL. So I went from leading that clinical leading the research into my first Medical Affairs position as an MSL. And the reason that that really appealed to me at that time was because I really wanted to take the next step into being effective and really having that impact and the power of data and the the importance of data and research. And that was really where I wanted to focus. It was something that I’d always done throughout my career, and obviously, and also in that position that I held at that time. So it really made sense to me to do what I loved, I suppose.

So how did that work? Do you look on job search sites and search for the term MSL and start applying or

did you find I spoke to people and I think that that’s something that I’d recommend to anybody who wants their first position in, in pharma or in Medical Affairs or really as an MSL I started to look around at the positions that the kinds of positions that were available, but I did speak to people who had some experience and I was lucky to have people Um, that I could speak to about that. And that is, I think the number one thing I would say to anybody is to just talk to people, and ask them what they think. Tell them what you’re interested in, and be very open about that, I think as well. And so this is what I want to do. How do you think that fits in a way? And I just get the information?

And so now as an MSL, you know, what, what do you do? And is it having the patient benefit that you hoped it would? Or are you in the position that that now feels like the right fit?

I think so i Well, I hope I’m having that. I’m not in the clinic literally saying, Well, this is the discussion I had, and this is. But you, you do feel like you get that feedback from your clinicians, from your healthcare professionals that you’re you’re dealing with, with the projects that you get to run as well as an MSL. And it really is it’s focused on the completely unbiased, factual really cleared data communication, which is fantastic. And to have such to have such strength behind that. And I hope that I am having an impact. I feel like I am because of the conversations that I’m having and the feedback that I get, which is always really, really nice. So it really does, it’s a very fulfilling role.

Don’t give up? That wasn’t for me. I was actually I was very lucky. But I think don’t limit yourself. And don’t think that your experience just because maybe you haven’t been in pharma before, don’t think that that’s necessarily a bad thing. Because I think that everybody’s experience, particularly Medical Affairs, it’s so diverse. I have met people with completely different backgrounds, who have ended up in all in a similar medical team will say, because they have so much to bring to the party. And they can they really help each other. And that’s how I think you get a lot done. And that’s how you are an effective team with diversity and diversity of skills. So I think that’s, that’s probably the biggest thing. I think, just don’t think that your skills just because you haven’t been in pharma, that’s really not a reason to not go for it. Go for it and enjoy.

Go for it and enjoy job job seekers. Enjoy the process. I’m sure that will ring true to everyone who is struggling to find resistance. Just enjoy it. Well, it one more question. I guess. So is it about excellence in where you are right now? It seems to me that you come from a background of excellence, you know, you you have done everything that you have done well, in venturi search and then in in seeing a broad perspective through small biopharma. You know, is it that a first step is also excellence in whatever you’re doing to launch towards Pharma?

Yes, I think so. I think that that would be that’s such a relevant question. I think that it’s that would apply to any, any area that you want to excel in. I mean, I don’t really know that many people who don’t want to be excellent at what they do. Yeah. I mean, we all know people. But I think that you, you have your goal in mind. And for Medical Affairs, I mean, that’s the patient. You have patient care as your goal. And then nothing short of excellence is good enough.

All right. Well, thank you for joining us today. MAPS members, don’t forget to subscribe. And we hope you enjoyed this opening doors episode of the Medical Affairs professional society podcast series, Elevate.