MAPS 2022 Global: Putting Patient Engagement at the Center of Development 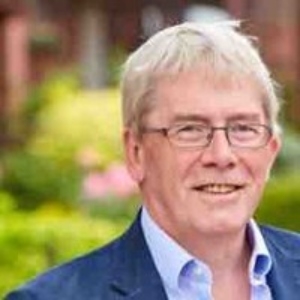 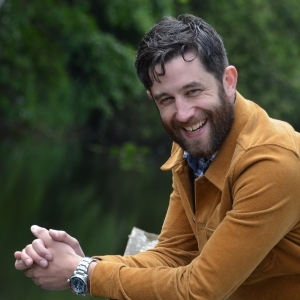 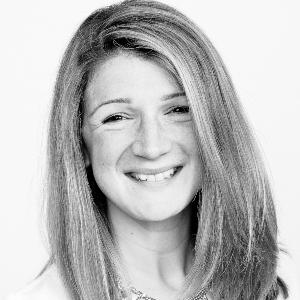 Join presenters of the MAPS 2022 Global Annual Meeting session “How Medical Affairs can best support internal and external collaborations in patient engagement,” as they detail the unique role of Medical Affairs in patient engagement. What can be done to ensure the patient voice is not only included, but also applied cross-functionally? How are patients getting more involved with pharmaceutical companies? What aspects of patient engagement with the pharmaceutical industry could be improved? Preview these topics now and then join the discussion at the MAPS 2022 Global Annual Meeting in New Orleans, March 20-23.

There’s very few industries, which manufacture a product without discovering, first of all, what it is their customers are likely to want to buy. The pharmaceutical industry has spent generations delivering what doctors and other clinicians tell them they ought to be delivering, and paying, in my opinion, and I think in widely held opinion now, delivering drugs, which have not been co-created and influenced by patients. And I think that is a shame for patients. And it’s also a missed opportunity for the pharmaceutical industry, which thankfully, it’s waking up to.

I’m happy to jump in. And I think Graeme summarized that beautifully. It’s about co-creating. So, making this shared decision making a reality. So, what we what we’re aiming for is long-term partnership, co-created outcomes that are actually important and impactful for patients and for their families and for their caregivers. Richie?

Yeah, I agree with both obviously, I agree with both Graeme and I never disagree with Vicki, I’ve learned that that’s the best way to live my life. But all I would add to that is really, you know, I think it’s at its core, it’s really about an elevation of the voice of the patient community as an equal stakeholder in the development of medicines, right? As Graeme rightly said, we’ve listened to HCPs and academics for many, many years as to what the, what we should be developing throughout the lifecycle, the medicines lifecycle, and really the time is now to elevate the end user is grandfathered into those conversations as an equal stakeholder.

Perhaps…why that’s so important, guys, because I live and I’m quite happy to say I live with a long-term condition. And I have, through my patient advocacy role been in key meetings at major pharmaceutical companies. And I have heard people say that there is no very little unmet need in the disease, which I have, which is arthritis, and tell that to the many millions of people around the world who think there is still considerable unmet need. Because fatigue, one of the key issues is something which many of the current drugs failed to tackle, because the goal was the outcome that was being sought was a reduction in pain and reduction in joint damage, but it didn’t tackle the underlying fatigue effect of this immunologically modulated disease.

So that’s interesting. So right, I can imagine that pharma could focus on developing against the endpoints that pharma sees as important. And there could be a real insight from the patient perspective, or on the endpoints that patients want pharma to develop around. So how you said you’ve been in these meetings. You know, Richie and Vicki, how is pharma involving patients? How is pharma actually engaging patients?

Yeah, we’ve definitely seen an increase in the engagement and more importantly, the involvement, as you say, Garth over the recent years, and some of that across the industry has been around important topics such as endpoints in clinical trials. And now, a lot of this has been driven over the last couple of years by the regulators. So, we’ve seen a huge kind of drive put forward by the FDA in the US to the patient focused drug development initiative, and also in the EMA in Europe, who have really been doing this for many years. But there’s been a renewed effort in terms of bringing forward the patient voice in turn, to ensure that the endpoints and also the trials are actually fit for purpose for what patients need and want. And as Graeme said, you know, to really understand what the unmet need is from the patient’s perspective.

You know, that’s interesting. There seems a little bit of a dichotomy here in that, you know, the FDA and the EMA regulatory bodies are trying to promote patient engagement. But then there’s a lot of regulatory barriers to patient engagement as well, Vicki, do you see, do you see Medical Affairs ability to actually engage with patients being smoothed? Is this getting easier, or harder or just different?

I think that the, I think the nice thing is that what we’re, patient engagement is nothing new to Pharma. Pharmaceutical companies have been engaging patients for a long time. And what we’re seeing is just that, a shift in the way that we’re engaging with patients, or the ambition is changing, and the moving from this kind of fragmented approach to patient engagement to a kind of a more joined up effort in which Medical Affairs plays a role in that kind of joined up effort. So, moving to these long-term, or trying to build long-term partnerships with the community, as Richie mentioned, bringing patients in much earlier to conversations and elevating, elevating the patient voice.

And just to add to that, you mentioned the barriers. And absolutely there, you know, there are still barriers in terms and rightly so not barriers, but there are guardrails in place when the pharmaceutical industry is engaging with patients, right, and rightly so. Okay. However, I think, in the past, many of the barriers that we talked about were actually perceived barriers. And a lot of work has been done with across many companies, including our own with our legal and compliance functions to ensure that we just do this in the right way that we have a legitimate business purpose and a need to engage with the community. And when we do, so we do it with the behaviors and the ethical practices that we shall be doing with, you know, in these engagements. So I think we’re seeing a breakdown of some of these perceived barriers.

Graeme, I see you nodding.

Absolutely. I mean, what Richie and Vicki say is absolutely right, and they have hinted at where the big problem lies, and that is joined-up-ness, there has been a degree from a patient perspective, there’s certainly been a degree of fractured engagement, where you get involved for a while, and then it drops away, or, and there isn’t the follow through. And that’s something which is obviously deeply frustrating to the patient community. But also, it’s something which is being recognized and is being addressed. And one of the things that we’re going to be talking about in the symposium as what role Medical Affairs can play in it, and being that glue that makes it a more cohesive service is obviously one of the opportunities that we’re hoping will be grabbed.

Yeah, I’m happy to take that one, Garth. So, what Graeme said is absolutely right. You know, there’s been fragmentation across the board. And also, what he said about Medical Affairs potentially being in a position to be this you know, that provider of continuity across the medicine’s lifecycle, I think there is an opportunity. Whether we grab it or whether other members of the industry have already grabbed it is, you know, is up for discussion. I think what we definitely are seeing is excitement at the prospect of engaging the community and bringing them into our decision making and into our thinking more and elevating their voice. Absolutely, there is a need for that to be coordinated. And to make sure that the company or whoever, whichever company it is, that the various functions or teams across the company are showing up at one voice and at least knowing, you know, having the left hand know what the right hand is doing. Have we figured it all out yet? I would say probably not. But we are definitely making an effort to do it better than it was done in the past, I would say.

I’ll start by giving my perspective on how it’s coming together. It was eight years ago that I got involved with a number of senior guys in pharma because I enjoyed talking about my condition and how the pharmaceutical industry could better serve it. And we ended up issuing a call to action to the industry to address patient engagement in a more systematic way. And we did that because we felt it was a good thing. But because it was clear that both the FDA and the European Medicines Agency were making noises that said this was going to become more important. And what you have on the group are a number of stakeholders who have all in various ways been involved with the initiative called patient focused medicines development, of which I should declare I’m an executive committee member. And what we’ve been doing is trying to create a framework and a toolbox to do it better. And what we’re we see the symposium as a way of talking to key people in the industry who are at the heart of patient engagement, about trying to assure them and invigorate them with a sense of why what they’re doing is so important, not just within their companies, but to the industry and obviously, to the millions and millions of patients that they are serving because it can provide better and quicker medicine and can provide real qualitative improvements in the patient experience. Well, that’s why I’m doing it.

I love it when there’s a why that connects, I think on a really emotional level. I think that makes for a lovely presentation. Vicki, what do you hope the attendees will take away from this session?

I think Graeme makes a really nice point. And I also think that we’ve, the panelists that have very kindly agreed to be involved in this are absolutely industry leaders in this very fast, very quickly evolving field, which is, you know, relatively new. And they all bring a very unique offering. And they are all very, that they are they are doing it because they are passionate about this area, which is which is fantastic. And what a fantastic opportunity for the audience to hear from not just industry leading experts, but people who are truly passionate about doing this for the right reasons. And we have such an extraordinary panel. Gilead are a very, very small part of this fabulous panel. And they’ll be bringing industry experience they’ll be bringing cross exactly as Graeme talked about, that network, patient engagement network experience, they’ll be bringing best practice examples and tools and some fantastic strategies for cross functional engagements. We’ve got a really, a lovely mix of people and experiences. So, I think we’ve got a very, very lucky audience actually.

Well, I’m looking forward to it. Let’s leave it there for today. And to learn more, you’re gonna have to join us in New Orleans. So, thanks Graeme, Richie and Vicki for joining us. To learn more, don’t miss this session at the MAPS 2022 Global Annual Meeting. MAPS members don’t forget to subscribe. We hope you enjoyed this episode of the Medical Affairs Professional Society podcast series: “Elevate”