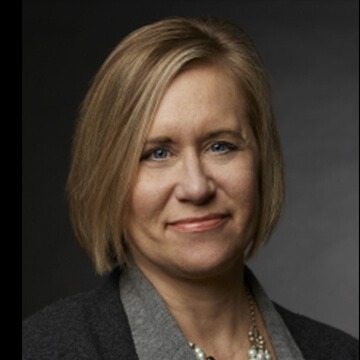 Ann Ford recently served as Chief Ethics and Compliance Officer at Medline Industries, Inc., in Northfield, IL. After completing her nursing education at Marquette University in Milwaukee, WI, she received her Juris Doctor degree from DePaul University College of Law in Chicago, IL.
Until she became an attorney, Ms Ford worked in high-risk obstetrics, pediatric intensive care, and neonatal intensive care. Upon graduating from law school, she spent 11 years in private practice representing physicians, nurses, and hospitals. After private practice, Ms Ford transitioned to in-house legal and compliance roles, including Vice President, General Counsel for two Chicago-area hospitals. In her previous role as Chief Ethics and Compliance Officer at Medline, she oversaw the global ethics and compliance program. In addition, she had been intimately involved with the development of a Medical Affairs function at Medline.
Ms Ford has served on various committees throughout her career, including the hospitals’ Institutional Review Boards. She is a frequent speaker on healthcare legal and compliance topics.