The Future is Now: Measuring and Communicating the Medical Productivity Index (MPI) 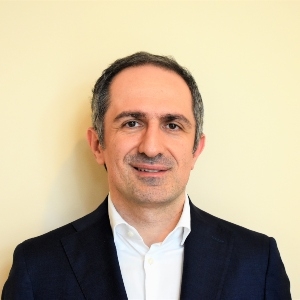 MAPS speaks with Tim Mikhelashvili about metrics to communicate the strategic value of Medical Affairs activities, and specifically about the Medical Productivity Index (MPI), which seeks to quantify aspects of Medical Affairs including the MSL/HCP relationship and an individual’s impact on patient outcomes. To learn more about the MPI and to add your voice to further development of this important metric, join Tim and co-presenters March 21 at the MAPS 2022 Global Annual Meeting in New Orleans!

Watch Tim’s Most Recent MAPS Webinar: The Metrics Evolution from Taboo to Treasure:

Welcome to this episode of the Medical Affairs Professional Society podcast series: “Elevate”. I’m your host, Garth Sundem, Communications Director at MAPS. And today we’re speaking with Tim Mikhelashvili villi about metrics to communicate the strategic value of Medical Affairs activities, and specifically about the Medical Productivity Index, the MPI that Tim and his co-presenters will be previewing at MAPS 2022 Global in New Orleans in March. So, Tim, first of all, welcome, as always good to talk to you.

Thank you. Likewise, I always enjoyed speaking to you, Garth, as you know.

And so, the title of your session is “The Future is Now: Measuring and Communicating the Medical Productivity Index. So, is the future now, is the MPI something that exists? Or is it something that’s coming into existence?

Yes, I will have to answer that the future is now Garth, because we have to adapt and make decisions a little bit more quickly. As the data is accelerating, as it’s becoming so abundant. It’s also leading us to change your mindset a little bit. And to integrate more sources and volumes of data until under Filter, it didn’t understand what is a signal versus what is noise? How do we make sense of metrics and make them meaningful, and be able to react to reality? More proactively, you know.

So, is the MPI, is this one thing or is this a metrics, sort of a way of understanding metrics? Or is this a single definable discrete metric itself.

It’s an approach to metrics in Medical Affairs, it can be thought of, I think, as a universal perspective of an index over an estimate that describes the relationship between an activity and results that we seek and that we desire. And so, it can be customized to various different functions of Medical Affairs. But the way I conceived it first was in a field Medical Affairs setting for Medical Science Liaison teams and others. However, in the Medical Affairs metrics workbook that I provided for everyone, my colleagues, after our webinar in January, I have a Medical Education case study there as well, Garth. And so, the background behind the MPI really is from making observations of what made some competitive teams be very collaborative as well. You know, I had observed some great sales teams in the commercial side who partnered with us and medical, and I had seen how they forced drag each other they had metrics as a continuous conversation, but yet they can they had a great culture about the team. And so I, I’ve fully essentially combined some different approaches to metrics throughout my career in both large and small and specialty companies, and came up with this composite where I weigh behavior equally to the effect on equal extent, as I do performance, 50% each, which is somewhat revolutionary, but I think it’s it kind of eliminates some of the cynics out there who don’t have the clarity of what do metrics really mean? They love the job, they love the nature of their work, how they have to impact patients, but they don’t have the clarity to understand how their contributions impact their teams.

Okay, so let me clarify. So, the MPI then it sounds like it has many different components. And one of those components is measuring our actions and maybe even the value of our actions. But are you saying that the MPI also measures how we go about things?

Yes, yes, believe it or not Garth, it’s somewhat similar to a frequent flyer Mile program, right, or a cash rewards or credit card rewards program, which converts some abstract concepts such as loyalty to your airline, for example, to some numerical value that nevertheless inspires you to fly more fly farther, and then to earn that ticket, right that you have been waiting for. Right? And so I haven’t I, I propose a similar type of index, which is an estimate of our activities, to be better describe how they relate to the outcomes that we seek not only performance but in behavior because I believe that you cannot have a conversation about metrics that separates external metrics or measures, the traditional ones versus the internal ones, which are just as important in terms of how we go about working with each other.

So, okay, so your MPI then how is it used? Is it a measure of individual performance that would be used for performance review? Or are we using the MPI to message the value of Medical Affairs teams to internal stakeholders? Or how do you imagine it being used?

So, I think it has various different uses potentially, it can be used internally externally, can be used as a complement or supplementary tool tool performance review process that we found when we piloted and one of my previous companies to significantly reduce the time needed for those dreaded performance reviews. Right where this, this is this MPI is a more of a continuous conversation that’s shorter, but that but that involves all the relevant all the most important relevant stakeholders such as the KOL, himself or herself, or in order to assess to what degree is the MSL providing accurate information in a timely fashion clay with clarity, as well as to what degree the KOL believes that the MSL genuinely cares about their patients or their institution or has genuine respect for the for the physician, as a person, in addition to as a, as a KOL HCP? or to what degree that KOL is likely to share unbiased information, honestly, their comfort level? So that’s on the Behavior Survey side, just five questions, to KOLs of 10 questions each to internal managers of management as well as cross functional or an internal colleague in order to assess how like how likely the MSL is to focus all their activities on their strategy. And to have a scientific curiosity for example. So, it’s, this isn’t a field Medical Affairs application. It’s proof of principle, from concept, but it can be customized Medical Education. It can be utilized in various different functions in terms of assigning and prioritizing activities, various different numerical values based on their relevance, the strategy, or as well as their frequency, as you know.

Well, I’m glad you brought up collaboration and customization, because I noticed in your session description for your New Orleans presentation, that you are presenting the MPI, but then you’re also looking for input. So, what sort of input and what format Do you imagine that input will be offered in at your New Orleans session?

Yeah, I’m very excited about this workshop. Because I’ve attended previous workshops, Garth before and their highlights in my memory, those on insights and metrics as well. And so, this will be a continuous conversation from previous white papers on metrics that are available at MAPS. And we’ll go into more detail on the MPI we’ll have a great panel that I’m very excited about people Yarrow, a physician with extend, you know, extensive experience heading Medical Affairs teams, who’s now actually transitioned into consumer health care, but He’s the VP and head of Medical Affairs for the Americas. For GSK Sue Giordano Suzanne Giordano, who is VP of Medical Affairs at synovial. With also broad experience heading teams. And so, we’re going to dispel some myths about metrics in this workshop. But it’s going to be a hands on session where we have a more than half of this session is going to consist of the breakout groups where after we present some of the needs, some of our perspectives on what makes metrics meaningful when to communicate metrics because that plays a large part into that that plays an important role in, in their efficacy in their relevance, as well in terms of when metrics are communicated with whom with which internal stake holders who really are the judges, right? Is it an external vendor that’s going to send out these one minute surveys to external KOL? Or is it a company representative? We propose an external vendor for the reduce bias, for example. So yeah, we’re going to go into much more detail on the actual nature of these survey questions and into how they can be translated into the real world for Medical Affairs teams. And so, we are looking for feedback. We have lots of survey, polling questions. And also, various different ways to prioritize rank rating at the MPI for a Medical Education, as well, are other functions as well, where in Medical Education, for example, we’ve had, we’ve traditionally distributed surveys that ask general questions, how likely you are to incorporate this program into your practice. And we collect that at some random time, you know, months afterwards? Well, what if you were to collect the same feedback before the point of care, and then immediately after the point of care with a link to that particular index, major educational program, and you came up with a specific questions. So, I believe that the more specific the more work upfront you do on metrics, the more time you save later, the more clear they become, the less cynics you have, who are passionate, high performing cynics, for example, right that you want to avoid in this time when we have so much access to data, you know, where reality is more exposed than ever before. So, a lot more detail to come on the webinar that we had in January, on MPI. And I’m really excited. I hope to see many of you there in New Orleans.

Well, I’m looking forward to it. So, a very flexible metrics framework that could be applied to MSL actions, but also to Medical Education. And I’m sure, much more that we will hear about March 21. At the MAPS Global Annual Meeting, and from the MedicalAffairs.org website. We’ll link your January webinar and also your downloadable. So, thank you, Tim, for joining us today.

Find all the materials supporting materials at the website. And please do join Tim and his co presenters March 21 in New Orleans. We hope you have enjoyed this episode of the “Elevate” podcast series.